The national flag of Barbados was officially adopted on 30 November 1966, the island's first Independence Day . It consists of a triband of two bands of ultramarine separated by a golden middle band. A black trident-head, (commonly called the "broken trident"), is centred within the golden band.
The two blue bands are said to stand for the ocean, while the yellow is for the sand on the island. The trident is taken from the old , which showed Britannia holding a trident, the broken lower part symbolizes a symbolic break with its historical and constitutional ties as a former colony. 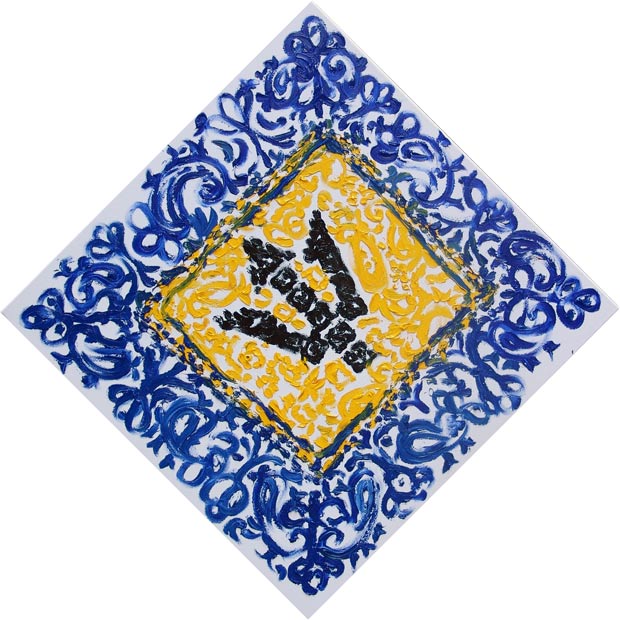