The current national flag of Belarus was formally adopted on June 7, 1995, following the result of a referendum voted on by the Belarusian people in the previous month. This new design replaced a historical flag used by the Belarusian People's Republic of 1918, before Belarus became a Soviet Republic, and again after it regained its independence in 1991. The current flag is a modification of the 1951 flag used while the country was a republic of the Soviet Union. Several flags used by government officials and agencies were based on the national flag.

The national flag is a rectangular cloth consisting of two longitudinal stripes: red upper stripe and green lower stripe that are two-thirds and one-third of the flag width respectively. A vertical red-on-white Belarusian decorative pattern, which occupies one-ninth of the flag's length, is placed against the flagstaff. The flag’s ratio of width to length is 1:2. The flag is fixed on a flagstaff painted golden (ochre). 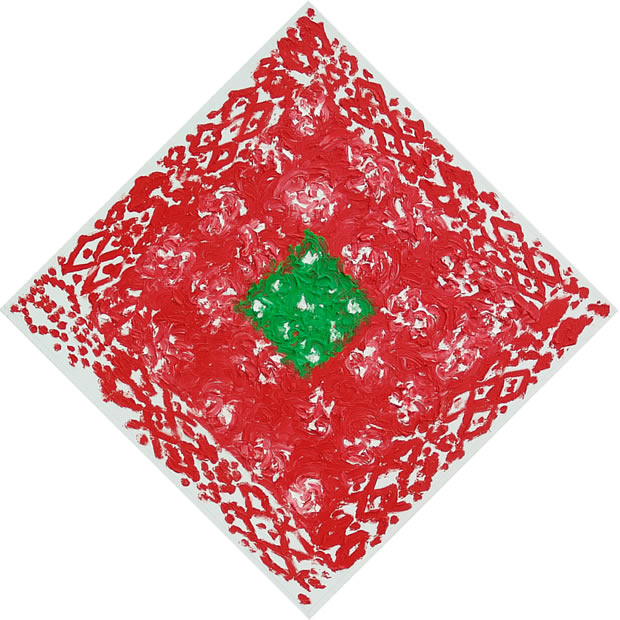