The national flag of Burundi was adopted on March 28, 1967. The green colour symbolizes hope, the white symbolises purity, and red the struggle for independence (blood). The flag has a basic white saltire that divides the field into four areas, two green, and two red. In the centre is a circle that contains three stars which stand for the three major ethnic groups of Burundi: the Hutu, the Twa and the Tutsi. The three stars also stand for the three elements of the national motto: unity, work and progress. 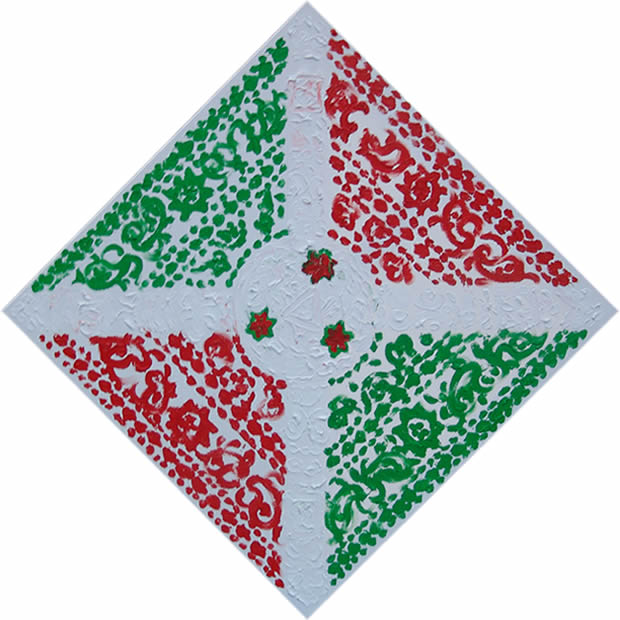