The national flag, adopted in 1947, is based on the flag of the Indian National Congress, designed by Pingali Venkayya The flag is a horizontal tricolour of "deep saffron" at the top, white in the middle, and green at the bottom. In the centre, there is a navy blue wheel with twenty-four spokes, known as the Ashoka Chakra, taken from the Lion Capital of Asoka erected atop Ashoka pillarat Sarnath. The diameter of this Chakra is three-fourths of the height of the white strip. The flag is also the Indian Army 's war flag, hoisted daily on military installations. The official flag specifications require that the flag be made only of khadi, a special type of hand-spun cloth made popular by Mahatma Gandhi ; while these specifications are widely respected within India, they are frequently ignored in the manufacture of Indian flags outside of the country. 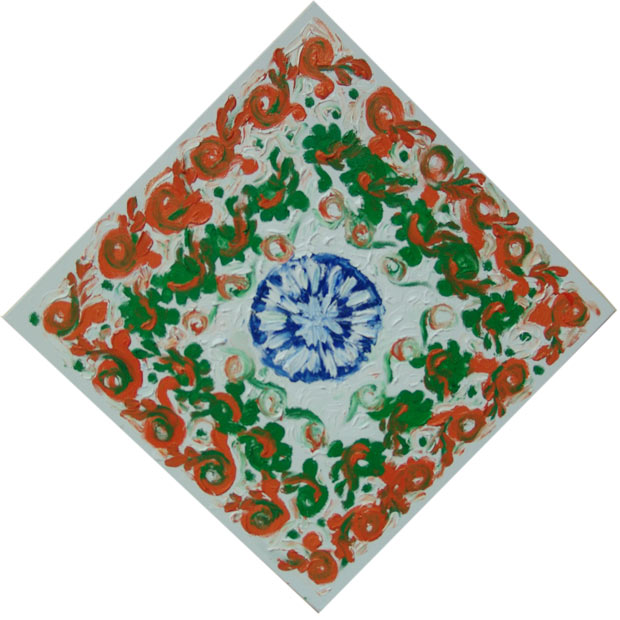