The flag of Poland consists of two horizontal stripes of equal width, the upper one white and the lower one red. The two colors are defined in the Polish constitution as the national colors. A variant of the flag with the national coat of arms in the middle of the white stripe is legally reserved for official use abroad and at sea. A similar flag with the addition of a swallow-tail is used as the naval ensign of Poland.
White and red were officially adopted as national colors in 1831.

They are of heraldic origin and derive from the tinctures (colors) of the coats of arms of the two constituent nations of the Polish-Lithuanian Commonwealth, i.e. the White Eagle of Poland and the Pursuer of the Grand Duchy of Lithuania, a white knight riding a white horse, both on a red shield. Prior to that, Polish soldiers wore cockades of various color combinations.

The national flag was officially adopted in 1919. Since 2004, Polish Flag Day is celebrated on May 2. The flag is flown continuously on the buildings of the highest national authorities, such as the parliament and the presidential palace.

Current Polish law does not restrict the use of the national flag without the coat of arms as long as the flag is not disrespected.
Horizontal bicolor of white and red being a relatively widespread design, there are several flags that are similar but unrelated to the Polish one. There are two national flags with the red stripe above the white one: those of Indonesia and Monaco. In Poland, many flags based on the national design also feature the national colors. 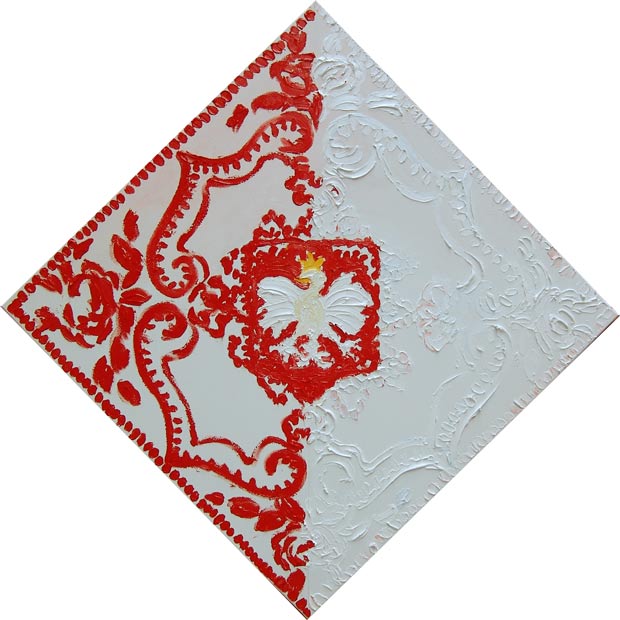